Your taxi portal in Berlin

Book a Taxi in Berlin 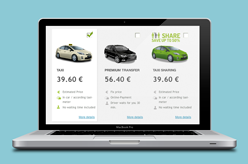 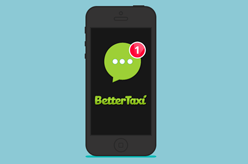 BetterTaxi offers three booking options that fit every type of traveler. We have our Taxi Service, Premium Economy Transfer, and Business Transfer. The cost of a taxi varies depending on distance, traffic, route, and number of passengers. These prices also depend on local tariffs and standard Berlin taxi fares. For groups of more than 7 people check out our event service.

A licensed taxi driver will pick you up curbside in the same way as if you call for a cab, help with your luggage, and allow free cancellations. For Premium Economy Transfers and Business Transfers, a licensed chauffeur will pick you up also at an event location or in arrivals with a name card. They’ll help with your luggage, track your flight, wait for your arrival, and drive longer distances. These services come at a fixed price and can be made by Paypal or card payment online. While you don’t have to worry about paying and tipping in a Berlin cab. These private hire services also allow you to pre-book a large taxi van when traveling as a group or family.

More information about our services

Berlin - Germany's capital - is full of buzz. After three decades of partition by the Berlin wall, this highly populated city at the river Spree quickly regained a place as an international power city. According to the GPCI index, it's accessibility, economy, Research, culture, liveability, and environmental protection are top-ranked by visitors, companies, and it's residents alike.

Sight-seeing options are available in abundance. Brandenburg Gate is considered THE landmark symbol of German freedom after the fall of the Berlin wall and the reunification of Germany. The Reichstag building, Checkpoint Charlie, or Alexander Platz are other touristic highlights. Somewhat more hidden gems are Savignyplatz, Gendarmenmarkt, or the courtyard at Hackescher Markt. If you have interest in memorials and museums, then you shouldn't leave without spending some time at the Holocaust-Memorial or on the Museumsinsel.

Restaurants in Berlin are outstanding; offering many multicultural and versatile menus. Every night of the week there's a club with something you'll like. Post-club is the time to experiment with currywurst and food stalls. Big shopping areas are at Potsdamer Platz, KaDeWe and further along on the Kurfürstendamm. The entertainment program is breathtaking and covers anything from philharmonic orchestra to boxing events.

New and innovative business areas are key to Berlin's economy. Low rents and a technically-savvy workforce have made it the place to set up shop. Companies like Zalando, pin mail, Immobilien Scout 24, Rocket Internet or Delivery Hero are well-known examples coming out of the local start-up scene. The strongest established industry sectors are Travel & Entertainment. Internationally known trade shows - hosted at Messe Berlin - underline their high reputation: IFA and ITB.

Why choose BetterTaxi for your journey

At BetterTaxi, we know how important it is to get around with ease while you travel. Your time and budget are precious, especially when you’re on holiday. So, we make sure you get the best bang for your buck by finding you the cheapest taxis and the best routes. 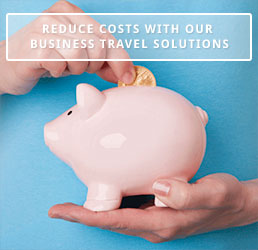